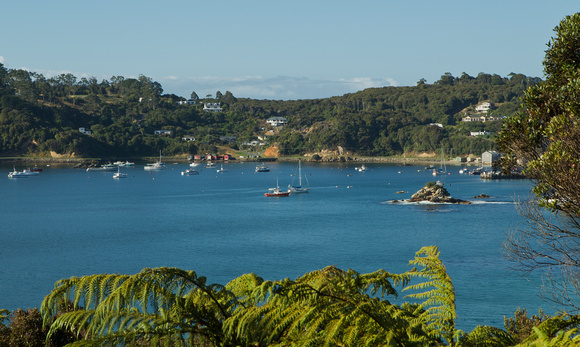 Halfmoon Bay lies on the eastern coast of Stewart Island/Rakiura in New Zealand. The town of Oban lies in the bay. A small fishing fleet and a ferry service from Bluff use the bay.

Rugged and bush-clad, Stewart Island is New Zealand’s third largest island, of which over 80 per cent is set aside as the Rakiura National Park. Back in 1770, Captain James Cook's crew were the first Europeans to sight the island but they mapped it as a cape connected to the South Island. Separated from the South Island by Foveaux Strait, the only town is Oban, on Halfmoon Bay. Fishing has been, historically, the most important element of the economy of Stewart Island/Rakiura, and while it remains important, tourism has become the main source of income for islanders.
© Ross Curtis 2011
Powered by ZENFOLIO User Agreement
Cancel
Continue