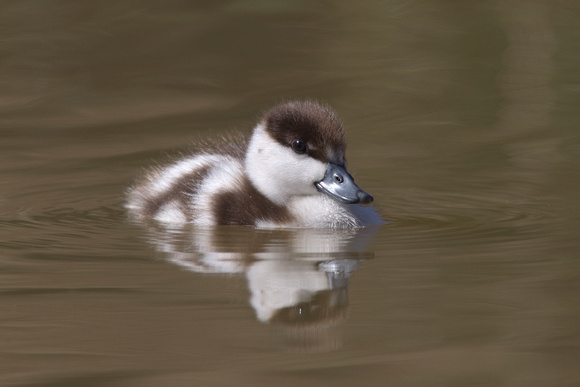 The Paradise shelduck (Tadorna variegata), commonly called 'paradise duck' or just a 'parry', is endemic to (found only in) New Zealand. It is a conspicuous and colourful species with contrasting male and female plumages. Between a large duck and a small goose in size, the male is uniformly dark grey to black with a black head while the femal has a dark or light chestnut body with a white head. The male gives a di-syllabic goose-like honk when alarmed or in flight, while the female call is more shrill, and often more regular, particularly during flight.

Excessive hunting in the past severely impacted numbers, and 2-3 decades of cautious exploitation was required to restore their abundance and expand their distribution.
Today the paradise shelduck is the second-most abundant waterfowl in New Zealand (after mallard) having undergone a remarkable increase in population and distribution since about 1990 and this expansion has occurred in the face of being a gamebird and hunted annually by recreational duck shooters. It is so widespread and abundant as to be without conservation threat.

Paradise shelducks occur throughout the pastoral landscape, whether high country or lowlands, on river flats in mountain areas, at heads of protected bays or fiords, around the shorelines of all large lakes and hydro-dams, and increasingly on recreational grasslands and parks within urban areas.
© Ross Curtis
Powered by ZENFOLIO User Agreement
Cancel
Continue